In today’s GSddaily, we’re going to talk about maximizing conversions through a landing page or a sales page, or a page. If there is a page on your website that you don’t think is getting the results and getting the conversions that it should, this is how you fix it.

Now, landing pages are most often the choke point in a sales funnel. Basically, a lead comes through, a click comes through, they hit a page, they either move on or they don’t. From there, they end up walking through the rest of the sales funnel. But if they don’t hit that first page and they don’t convert on that first page, then they’re gone. You can get back in front of them, retargeting. There are lots of ways to get back in front of them, but you miss the opportunity if they didn’t convert their first time through. 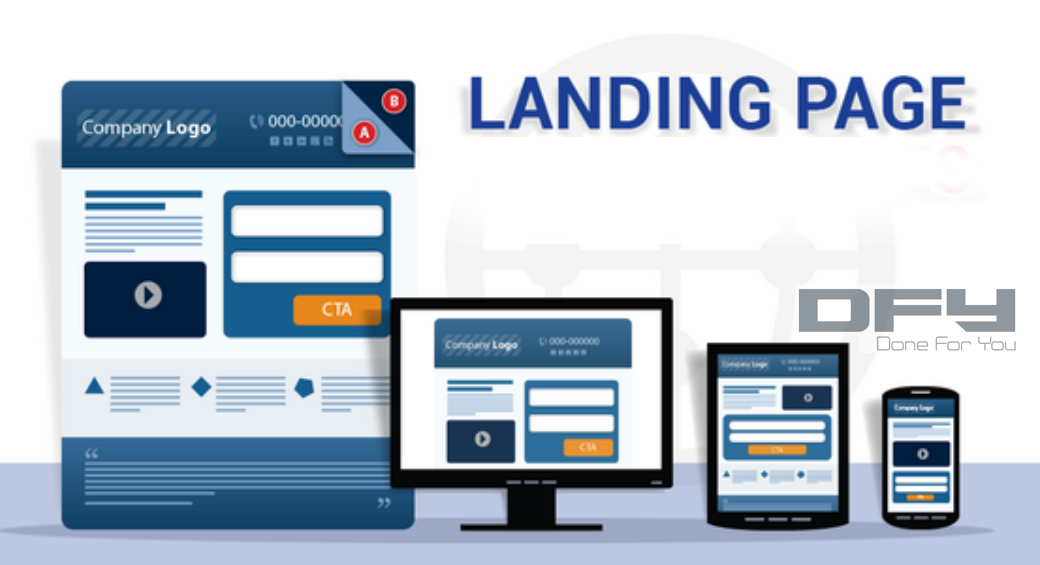 The two pages that we’re testing, we have this Automated Webinar Playbook, and this one. We talked a little bit about this one yesterday. We talked about the ads for this one. For the Ads, we went through and disabled the ads that weren’t working so that we dropped the lead cost on that. That was kind of the first step, is how do we optimize the traffic that is coming through. Now, today we’re optimizing the landing page. This test was already ongoing when we disabled yesterday’s ads. So here we go.

Now we have Supercharge Your Marketing With The Unabridged Automated Webinar Playbook. Now, if we look at… We’re using a piece of software called Visual Website Optimizer for this. So there are a couple of different pieces of software that we can use. vwo.com is one. So it’s AB testing. It’s always been my favorite. There’s a lot of different kinds. VWO just has been the one that I’ve been using forever. In fact, for a while, we didn’t use it. I was trying out some different split testing software. And then I resigned up for VWO and it felt like coming home after being gone for a decade.

It just felt like this is where I needed to be because we were testing different stuff, but we were using like Google’s version, we were using a different one, which is Inspectlet, is another one. So it had some nice, simple split testing functionality. It also records screens. So there are some different versions. Inspectlet is nice if you just want to play around with split testing, but you’re getting good and used to it. Inspectlet is nice, but VWO is my favorite. So VWO is what we’re playing with right now.

If we pull up a preview of this, so we’re going to pull up a preview of the page. So this is the control. The control is Supercharge Your Marketing With The Unabridged Automated Webinar Playbook. That is the control. And right now, if we look at the report, you’ll see that it is converting at 34.93% to a lead. From an add to cart standpoint, it is converting it to 2.2%. And then it’s got, from an engagement standpoint, is at 51% engagement. So your engagement means that the people who hit a page, then they interacted with that page in some way, they scrolled down and they clicked it, they moved…

Do you know what I mean? They somehow triggered an engagement, didn’t just show up, and then bounce away. Prospect clients showed up and did something. And that doing something could have been the button click that loaded the opt-in form. So, that’s the engagement.

I always use engagement as a backup metric so that I know which pages are getting the best engagement and then we can design to that. So this one, this variation, from a leadership standpoint, has a 34% conversion. Then we have variation one, which is 29.96 variations. So just under 30%. And let’s see what that one looks like. So we just hit this little button on the lower right-hand corner, this little selector. Variation one, it reloads, and then that variation is Print Money On Autopilot With The Complete Automated Webinar Playbook. Interestingly, this version is 5% less in terms of landing page conversion. You would think that it would be higher, but it is not. So, that’s how we end up split testing.

Next, we test the image. You’re going to see that in this next example, that I’m going to show you. After that, we test the button color. And then, button colors, usually oranges or greens work pretty well. And then we test sub-headlines and then we test the rest of this stuff, the features and benefits. But generally headline, then image, then button color, then sub-headline, then the rest, the exclusive free, the features and benefits of the page. So this is the first test with this page, so it’s the first time we’re optimizing this page.

If we aren’t getting a conversion that we like, then we start testing different page styles. So sometimes that happens. Sometimes for whatever reason, a page style doesn’t work, despite the copy being dialed in and that’s why we test engagement. Then you test different page styles, you nail one that works, and then you restart your test. You start headlines, then images, then button color, then sub-headlines, and then features and benefits. That’s the split testing matrix that we end up employing.

The next example is this page. It is the Automated Profits Webinar Registration. It’s an automated webinar that we have. This general layout is working well right now. Very, very simple. Part of the reason it’s working well is that it’s great on mobile. Facebook’s going to send mobile traffic if they can. It works great from a mobile standpoint.

Learn My Simple 2×2 Sales Funnel Framework That Helps You Cash In On Products & Services. Let’s look at the split test data. So this is the Automated Webinar landing page. And if we go to the report, you’ll see that we have… So our control didn’t work all that well. So we had our expected landing page conversion rate was 36%. We just had two out of six who converted on that thing. So it was deactivated pretty soon. Then we have a 21% conversion here and a 17% conversion here. Now, if we go to engagement, we’ll notice that the engagement is 50% on that variation one, variation two is 37%.

Now, to give it a little bit of meaning, let me go here. So we’re going to go through and preview the variation and you’ll see that this, I think this variation… Okay, so that variation has a video. Now let’s go back to the report and we’re going to show you a variation that has just an image. This is the one that is winning at the moment. No video, and it’s just an image of the 2×2 grid that we use. This is the one that is winning currently. So we tested a different page with a different image. Let me go grab that one real quick here. So this is the control that did not win. I think I might not be able to load this because it’s the basis of the split test.

So this is the control. The control didn’t work all that good. We ended up simplifying the message and just basically having the block on top. This also didn’t work all that good. It didn’t work nearly as well as this version, which is the simplified layout in the image. And this is the one that is getting better landing page conversion than anything else that we tested so far. And that was after we tested the headline. So you’ll notice that all the headlines are the same because we already went through the headline test and now we’re testing the images and the creativity in them.

The process for optimizing a landing page is headline first, then creative, so it’s either a video or an image. Then it is button color, so try to do greens and oranges. Then it is the sub-headline and then it is features and benefits. Those are like the five testing criteria and you will incrementally improve your landing page conversion as you test each of those things. If your landing page conversion sucks, swap out to a new page, a new style, something that is kind of formulaically different, so it’s not just the page with a different background. Something that looks different, is perceived as different, loads differently. And then try it all over again. So that’s the process for split testing landing pages.

For Question and Guide

If you have any questions at all, go to doneforyou.com/start. Book a call on our calendar. We’d be happy to jump in and put together an action plan for you and talk about your traffic and landing page conversion and all that other stuff. And if you have any questions, just let us know. You can either drop a comment here on the live stream or post to the page or whatever. And I’ll talk to you soon. All right? Thanks. Bye.