So, I’ve had this note for a long time sitting on my desk… “Think about rapid prototyping.”

Every once in a while an idea strikes that I want to peruse more, or want to go explore. I write it down. Unfortunately, it often doesn’t get explored for months and months, but that’s the nature of the beast.

This morning though, I keep thinking I should return to it :0)

In our world, rapid prototyping is where you build or create something quickly, get it to market, and see if it has legs.

The phrase came from manufacturing though.

“Rapid prototyping can be defined as a group of techniques used to quickly fabricate a scale model of a physical part or assembly using three-dimensional computer aided design (CAD) data.” [wikipedia]

MVP’s are products, services, software, or information that is put together to a point of being consumed by a target audience.

The thousands of hours spent on those products since they were launched as an MVP?  Those are what made the products what they are to.

Were they perfect?  Absolutely not.

Can features be added?  Absolutely.

What we have coming up for you – mind blowing…

That’s not the point though.  The point is that with ideas, business models, products or anything else – you have to give it legs. 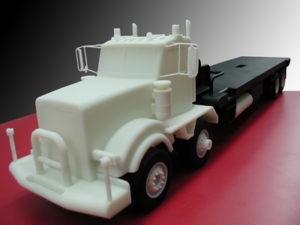 You have to build it enough so that it’s consumable or workable, and it gives value, but you can always add to it down the road.  You can ALWAYS make it better.

If you aim for perfection right out of the gate…  Chances are you’ll fail.

Your product won’t ever get released.

You’ll spend more time in the last stages of perfection than all of what it took you to get there.

That’s not a viable business model!

You’ll invest far more time, effort and money in the last 5% of perfection than you did on the previous 95%!

Truth be told, whatever it is you’re launching won’t ever be perfect.  There will always be something you can do better, or add, or take away.  Perfection isn’t achievable unless you’re a company as big as Apple.

How To Apply To Your Business

So, here’s a quick braindump on a Rapid Prototyping (MVP) Model:

That’s how we build everything.  Software.  Info products.  Ebooks.  Everything.