Today, we are going to cover membership content and how to create content for your membership site that you can sell regularly. Yesterday we walked through a lot of the fundamental building blocks of membership sites. The good and bad stuff they do, what you’re going to be able to do or not with a membership site. Things like pricing on a monthly standpoint, and also pricing on a yearly standpoint. Things like creating brainstorm membership content on-demand and being one step ahead of your members, and not needing to create the whole course immediately before you sell it. So there is a lot of things that we talked about from a membership standpoint. We talked about some of the different types of offers, some of the different ways you’re going to be able to use it inside your offer mix, and so on.

We’re just going to jump over here to a tool called MindMeister. And if you haven’t heard of this tool, I love it. Basically … It’s just going to kick me into the tool. It’s M-I-N-D-M-E-I-S-T-E-R. So I’m going to drop it in the chat here. P.S. mindmeister.com.

One of the reasons I love it is because you can use it on your computer, you can use it on your iPad, you can use it in lots of different scenarios. So if you have a great idea or you want to flesh something out and you’re waiting in the car, then you can just kind of open it. I find that I get some of the craziest ideas like when I’m halfway in between doing something, and it’s nice being able to open it up and say, “Oh, this will go great here.” Or, “This would go …” Or you can drag stuff around as it becomes clearer in your head. So that’s one of the reasons I love it. But what we’re going to do is we’re just going to go through and build a course together. Or at least outline a course.

Creating a Course on Woodworking 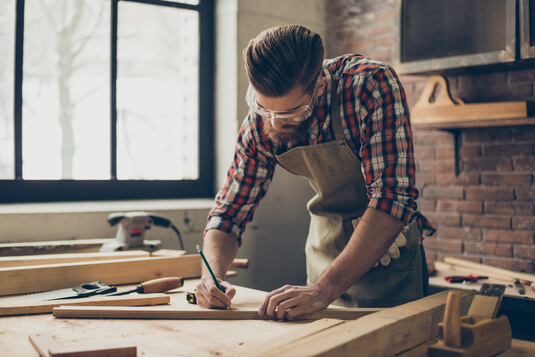 Here’s kind of some of the inspiration behind this. Six years ago, this month actually, we moved into the house that we’re in now. We were pregnant when we moved in. So Sebastian was born in October. At the time it was a bigger house, we needed to build … We needed tables and end tables and all kinds of crazy stuff. So I was like, “Well, I’ll just build a lot of it. There are all kinds of DIY plans.” I built many, many things. Bookshelves, built-in entertainment cabinets, whatever. And we just started looking for random plans. Well, before you can start building something, you need the tools. Right? You need an understanding of how things are going to work.

If we were putting together this membership, the first month might not necessarily be a membership, there might not necessarily be DIY plans at all. The first month is probably going to be, month one is going to be tools. And then maybe month two is introductory projects. Month three is going to be, we have some of the medium-sized projects. And then month four is more complex.

Now the goal is, what’s going to end up happening is every member has a churn. If you can put some of your more valuable material at the back end of month three, month four, month five, month six, then there are people who will stick around for that, because that’s actually why they bought it in the first place. Or they will buy the annual edition of that membership so that they get access to all that stuff immediately. But what it lets you do is it lets you build up. So our DIY woodworking course, these folks, they’re beginners. Some people already have some of the tools, but they might not have all of them. They might have a circular saw but not a table saw, might have a drill and not a drill press. They might not even know what a Kreg jig is.

What we do is we create some material that is a foundational level that says, “This is your buying map. This is how you’re going to start putting tools in your shop.” And then, of course, all of those can be Amazon things. They can buy all the stuff from Amazon, Home Depot, or whatever, and you get paid as an affiliate. You can watch some of my affiliate videos and learn how to make money as an affiliate. But your first month can just be a buying list that is all of your Amazon affiliate links. You get paid not only for the membership but also get paid for the affiliate links too. So there’s a lot of ways to spin this. Then, so you put the foundational material together in month one. And it might be a buying list, it might be some introductory videos.

Then month two comes along and you have some introductory projects. The projects aren’t anything crazy, but it might be like those bookshelves right there. So those bookshelves are super, super easy. It was two by eight, I think. And then I got some L brackets from Amazon or maybe Home Depot or something. But cut them, sanded them, stained them, like those guys right there. Three up, and then there’s three on the other side of the room too. So nice and simple. However, and then, so introductory projects might be … well, we’re just going to start building this out.

What do you need from a tool standpoint? You need to like cutting, drills and you need sandpaper and sanding. Sandpaper, sanding, grinding, all of that kind of stuff. You’re going to need foam brushes for stain. Probably going to need some paint. I know I’ve never messed around with it at all, but chalk paint is really good, really big for furniture. And then your introductory project, so month two, you might look at shelves. DIY shelves. DIY shelves. Then there are some gallery shelves that I like putting together. 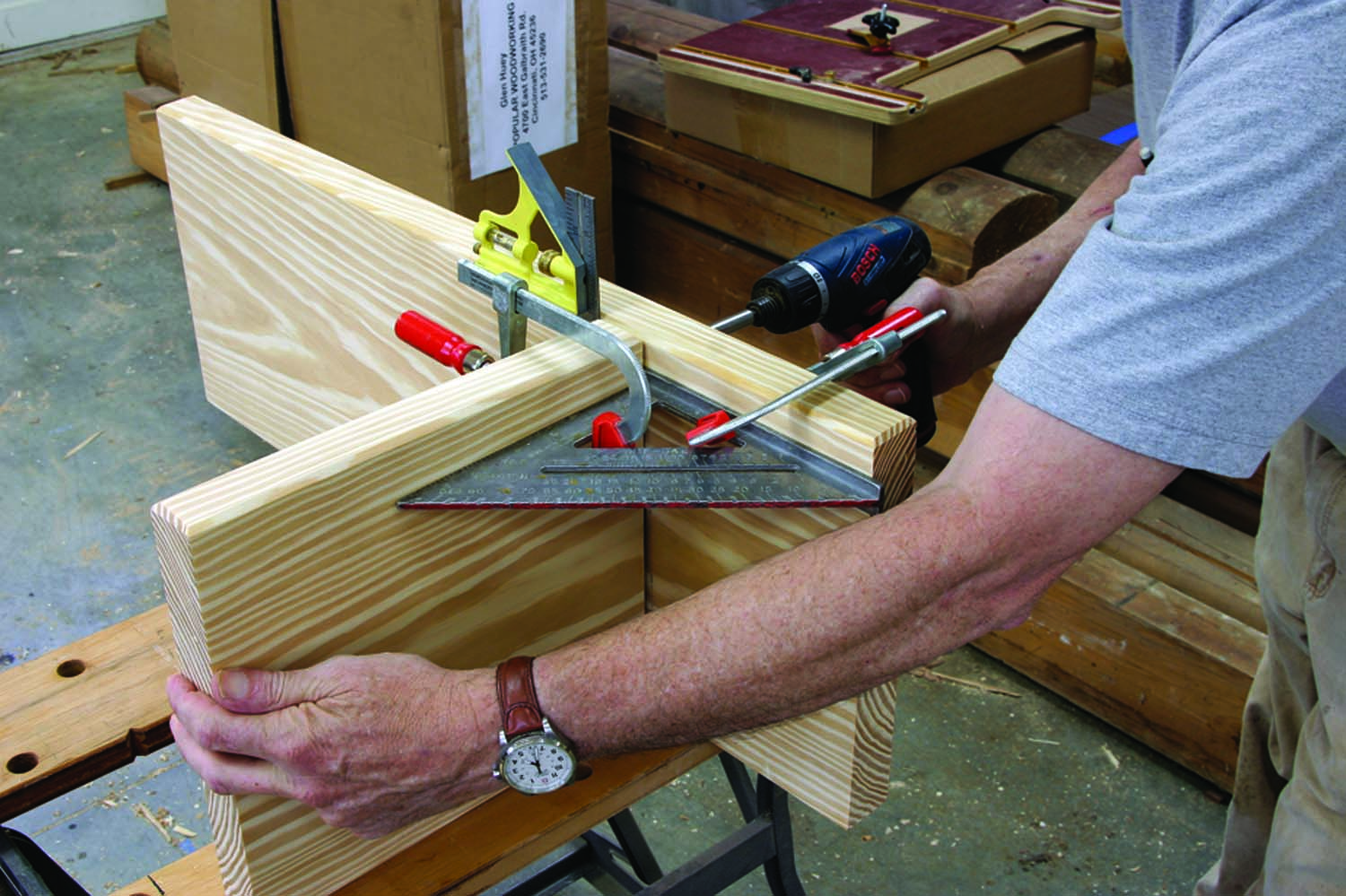 Super, super easy. But nice. I mean you’re getting the basics of cutting, nailing, screwing in, wood glue, the whole deal. So let’s see. Gallery shelves. What else would be easy to do? Shelves are easy. Bookcases, also easy. So then I’m sure you can look up Ana White who has lots of plans. Or just scroll through Pinterest, you’re going to find all kinds of stuff.
Anything with a two by four is going to be beneficial. So two by four kinds of projects. Pallet projects. Two by four projects. Outlet projects. Okay.

Then we have our medium projects. This is going to be like an end table. Like how to put together an end table might be 16, 20, 25 steps long. Something like a picnic table would be a little bit more of a medium project. Like the kitchen table. Microwave cart. These are some of the more complex things that you would end up needing to build. And then the more and more complex is like a TV stand or entertainment. Or cupboards. So like those right there, those would be a more complex project, which we built those too. And I have a whole row of those. And then in the media room, I have a great big gala, like an entertainment center. So that would be stuff that is on the more complex side.

Now there are all kinds of things in the middle that you can put together. So you can have like month one can be tools and foundation. Month two can be some introductory projects. Month three, maybe we’re looking at something … you’re building something to integrate electronics or whatever. There are all kinds of different ways to play it. But when you’re putting together the ideas, the brainstorm membership content course, it’s easy to get sucked up into this idea of, “Oh shit, that is a lot of fucking work.” Putting together the plans for those cupboards. I didn’t write to them when I did them. And I didn’t follow a plan when I did them.

How’s that going to work? But the point is not to get so far out into the weeds on how are you going to create this. What you’re doing is your brainstorm membership content at this point. You’re putting together the way that you think the membership should flow. The way I like to describe this is you’re working hard for like an hour. You are spending like an hour just thinking about this membership site, and then you’re going to put it in a drawer, and then you’re just going to like simmer on it for a little bit.

You’re going to just close up the app on your iPad and then just think about it. What you’re going to find is maybe tomorrow, maybe the day after, the day after, you’re going to get some great ideas about things that need to go in each of these months, in each of these chapters or modules, or however, you want to put it. You’re going to get some great ideas about the content that needs to go in these. And it’s going to be nice Because once you’re ready to start creating you already have the blueprint for it. You know that in month one, month one is all about tools. And that’s all you need to do for month one.

In tools, all you need to do is a buying list for like saw blades and table saws and whatever. Or like drills and drill bits or sandpaper and sanding. You don’t need a whole big complex thing. You just got to bite it off chunk by chunk by chunk. A lot of people when they get, “Well, I want to create a membership site. And that means I’m going to have to record 25 videos.” It’s like, “No, no, no, no. You don’t need to record 25 videos right now.

You need to record maybe four videos or two videos, or do a PDF, or do a lead magnet or something, but you don’t need to bite off all of it all at this moment because we don’t even have any buyers yet.” So let’s do a minimum viable product. Like what’s do that first thing that we can do so that we can start getting some members in the door. Then you can worry about month two, three, and maybe month foursome of these more complex projects.

Maybe you only do a project a month, or maybe every other month, back with some video tutorials. But it doesn’t have to be all of it all at the same time. So it’s important to just know that memberships are very modular, that you can chunk these things up as much as big or as small as you’d like. The goal of the membership is to get somebody paying a little bit every month. So it might be 37 a month or 19 a month or nine a month or 97 a month or whatever. And if they want to sign up for the annual edition of it, then they can do that. They can sign up for 12 months of your DIY woodworking course, and then they have access to all of it and they don’t have to worry about it. And they save a couple of months.

To brainstorm membership content for your site, ask yourself a question: