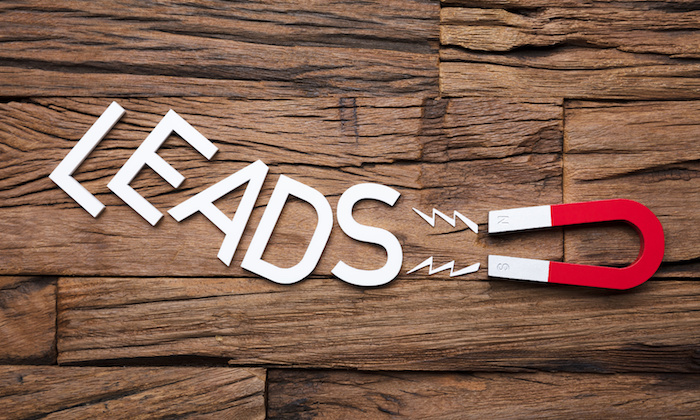 You create something and then you give it away for free in exchange for somebody’s email address. It’s as simple as that. Now there are lots of different formats, lots of different things you can give away. Our preference is a four to eight-page PDF report with a nice cover, that is written for your end-user, for your prospects. It’s the person who is interested and they’re ready, they’re just interested in learning more about what you do, and they’re interested in learning a solution to a problem that they’re having.

How to advertise your lead magnet? 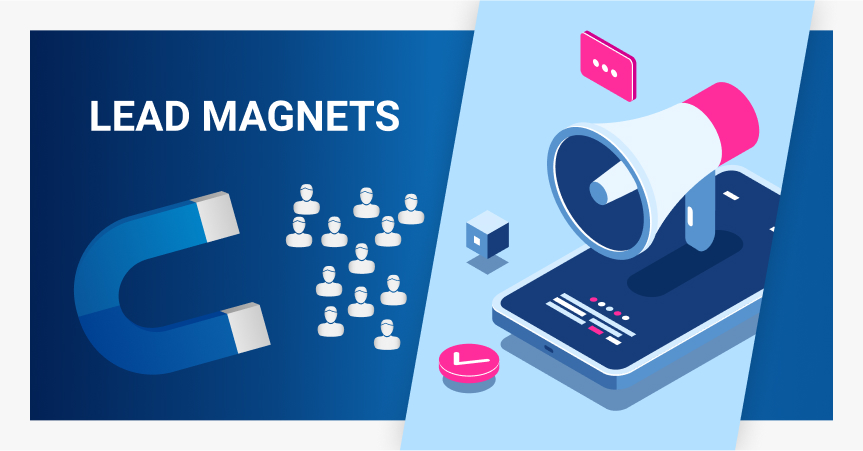 So one of our favorite things to do is really put together, just solve one small problem with the lead magnet, just a small problem. So whether it is a list, or if it is an email sequence, for our stuff, I mean, just for stuff that we do. Or it is a checklist of things you need for a digital product. Or it is a mind map of how to build a membership site.

For some of our clients, we’ve done guides on creating software dashboards. A guide on KPI metrics, a guide on real estate, private funding for real estate investment. Lots of different things that we’ve ended up creating. So it’s not just a PDF report.

We found that PDF reports get better conversion. Oftentimes when you’re advertising Facebook or when you’re advertising Google, we found that PDF because it’s instant and people can opt-in for it, download it, scan through it, and then see if you’re full of shit or not. It ends up being a better lead magnet and you get better conversion. To the tune of, we have some landing pages that will convert at 44-54%, somewhere in there, for a PDF lead magnet or checklist, some sort of a PDF.

Now, if it’s a video, then we typically can’t crack like 35% conversion on a video, just because people know that they’re going to have to watch a video. They’re going to have to sit through a video. Maybe that video is 45 minutes long before they get to the thing they want, or they equate video to YouTube and YouTube is free and they can go watch YouTube videos whenever they want.

So the video itself is kind of a different animal. It almost takes a bigger commitment from a visitor. But if the thing that you are promising in the lead magnet and the landing page is big enough, then I think you’ll get some good opt-in rates for a video, and then they will watch that video until it’s done. Then maybe at the end of that video, you’re pitching something.

But those are really the two. You got a video, you got a PDF of some sort, whether it’s the checklist, or a group of checklists, or something like that.

Another way to think of a lead magnet too, or another lead magnet type almost, is a webinar. So a webinar you are doing this timed event on, let’s say Tuesday at 9:00 and somebody is opting in for it. Then you get the lead and either show-up or they don’t. So it’s another form of lead magnet.

A piece of software is another form of lead magnet. We’ve actually done a lot of surveys as lead magnets too. So it might be a two or three-step survey. Question one is something generic, question two is a little bit more difficult. Then question three is the email address, and let me send you your results, also is a really nice lead magnet for certain things.

Especially if you are in kind of a regulated space where Facebook or Google doesn’t necessarily want to send you traffic, surveys tend to work out pretty nice because you’re kind of hiding that opt-in. A reviewer isn’t going to go click through the survey. So that’s one of the reasons why that works so well.

The biggest thing with your lead magnet is just getting it out. Get it out there. Write it, walkthrough. I mean, put together a checklist, put together a three, four, or five-page report. Shit, it can even be a page. It doesn’t necessarily even have to be that much. But just put together something that has value for your prospects.

The Value of Lead Magnet

You’re in business. You know what has value. Whatever question you get asked often, that is the thing that people want to hear, or they want to learn about from you. The quicker you can solve something for them, the faster they’re going to take out their credit card and pay you money for whatever it is you’re selling. Whether it’s a coaching program or a digital product or whatever.

Get your lead magnet done and it doesn’t matter the form – it can be a video, a PDF, or a checklist, but you want to get it done, get it out there, and start driving some traffic to it.

Do everything you can to start funneling traffic into that lead magnet because the lead magnet is the first piece of your sales funnel. People are never, ever more engaged with you than they are the second after they download something for free. So on that page, you are going to get the highest conversion you can, or the highest conversion for pretty much anything you put up. Whether it’s a sales video with a free trial, or a sales video with a $47 offer, or a sales video that has them book a sales call with you, book a sales call with your team.