As a marketer, as somebody who does marketing for a living, there are at least 20 or 30 failures that we come up against every day. Failures are kind of loaded terminology. It’s not necessarily a failure. It is a split test that goes wrong. Also, it is spending time doing something when your document doesn’t save, and you wasted 45 minutes. It is all of these little things throughout the day that adds up to a shit show. That adds up to something that doesn’t work quite the way that you wanted to. And the reality is that every day there are tons and tons of failures. 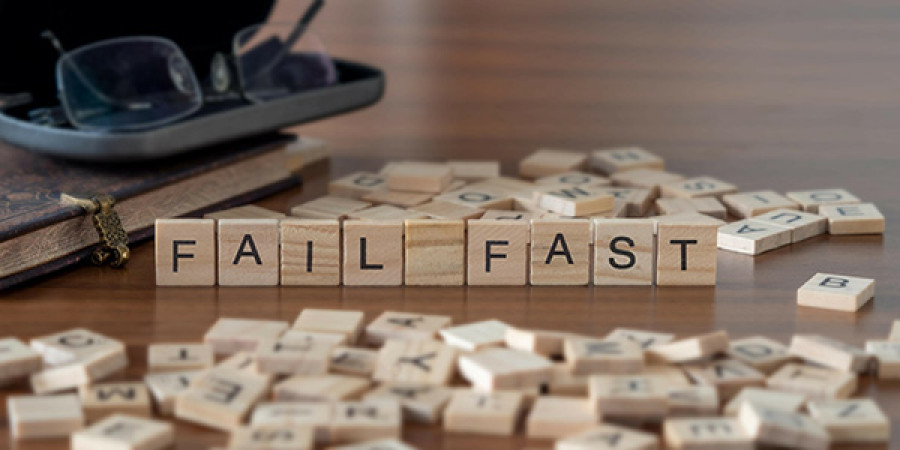 Why a marketer always test everything?

If you throw up five versions of an ad, how many of them are going to failing fast for you to find the one that works? That is why we test ads. That is why we test videos. We test headlines. I mean, so much of the previous GSD series and the funnels and the split testing, and I’ve shown you guys so many different ways of testing different things. But it’s understanding that you will fail in something. Not everything throughout the day is going to go right. There’s always going to be failures.

The problem or the trick is realizing that there are going to be failures. Then also protecting the downside. Understanding that every test when approached scientifically has control and it has variables. You have control in your control is the best that you know of right now. It’s the best thing, the best way forward that you know of. It’s the strategy that is working or you’ve seen working, or you’ve heard of working, that’s your control.

Now, that is your control until you test a new variation that works better. In so much of what we do, we’re talking about products and offers and all this stuff, and we have sales funnel flows and everything else that we do, and those are always our controls. However, that doesn’t mean that there isn’t a variation, a thing that will improve effectiveness if you test it out.

The trick is to just test it with a very minute, a certain percentage of traffic or something like that. But you will always fail. There will always be things in a campaign, in a sales funnel that are broken and you can’t. When you see a failure, you don’t throw out the whole campaign. This kind of gets into what we were talking about yesterday.

What success means in promoting your offers and products?

Yesterday we were talking about offers and not giving offers and products. Enough room to grow, where you’re throwing it out there, maybe sending an email to your list and saying, “And there it is. It’s the best thing in the world.” And then tomorrow you’re moving on to something different. That isn’t what success is.

Brendon Burchard failed a million times in generating his first million dollars. Do you know what I mean? Their first million dollars with a product. Everybody feels a lot, that is a part of marketing. But you got to fail fast and you have to fail to know that there is a downside and knowing that you have control that you’re trying to improve. That’s how you protect against that downside because you have the control and you’re always testing against it.

There’s thinking to grow rich. “You think it is going to come into existence because you thought it and you made the decisions and took action based on that thought.” True. However, one of the problems and the traps that I fall into, my misguiding or my failures, one of the things that I do is I assume that I have to work harder. I have to put in more hours, I have to do more things to accomplish that idea, that vision, that thing, which is wrong.

Make a Vision for your Business

It’s not always about working harder. You can do more with less, work smarter, not harder, all of that fucking bullshit. I get it all. But the one thing was this chapter where you sit back and you surrender and you say, “You know what? I’m working on it. This is where I want to go, the vision I have and the business I want to build. This is the thing that I want to do for the rest of my life, or at least until we sell the company or whatever.”

Then just surrender and let your vision play out and let the lifestyle play out. There’s always, in the midst of this failing fast, there’s always this idea of surrendering and knowing that it is going to take time for people to click through and test out your ad variations.

You cannot log in a day or two days later and then expect that you’re going to be any closer to the goal if you’re only spending $5 a day in traffic, or you’re only getting a click or two a day. Basically, you need to let these things play out. You need to surrender to the process so that you are failing fast and then you can find the winners.

Focus on being Inflow

So, that is one of the things that I’ve struggled with throughout this entire journey. And I tend to take action probably more quickly than not because even now I still think of this chapter whenever I’m going too hard, or whenever I’m trying to force something, or to the point that now I shared some of my kind of last summer’s journey and a reawakening. Now, I am much more focused on being inflow.

The flow is knowing where I’m going, but also being open to anything that comes into my life, based on kind of the thoughts and the intentions and stuff that I have. And a part of the flow is also surrendering. It’s knowing flow is not about pushing so hard that you are… just needlessly moving forward. You’re being intentional about your actions. You’re being intentional about what’s happening.

I hope that helps. I see some folks are giving some likes and loves, which is great and appreciated. That was kind of my fuck up, day two. Failing fast and not being aggressive or… You can still be aggressive, but surrendering to the process and realizing that there is a process to everything.

That’s all I got for you today. This isn’t necessarily marketing-related, but like I said yesterday, I want to share some of the stuff that I screwed up and what I’m doing differently. That’s it. I will talk to you tomorrow with some other massive fuck up. It might be a little bit more procedural tomorrow, but we’ll see.