Today’s GSDdaily is episode 132 – Automate. We are going to talk about sales videos or using video in your automated marketing campaigns. There are two use cases that we’re going to cover today – sales videos and using videos to attract your cold market, to attract people into your silo, to build awareness for your brand. One of them is way early in the funnel and the other one in the middle of the funnel because it’s more sales material kind of stuff.

Just jumping right in. Every automated marketing campaigns or all good campaigns now use video in them somewhere and the reason is twofold.

First of all, people want to watch the video. Seven years ago when internet marketers started discovering video, people weren’t necessarily relying on it quite as much as they do now, but a great use case is if you look at Amazon. Amazon, some of their absolute best products are Amazon Sponsored Products. So things like the Kindle, things like the Echo, and any Alexa-enabled Amazon device. All of them use video to sell that gizmo in one way or another.

Same with even if you go to Apple.com. Apple.com the website, even though it’s static, is very motion specific. As you’re scrolling down through it, you see a lot of videos, you see a lot of very motion heavy elements. People react to the video. And so, using video in your marketing is something you have to do. Now, yesterday we talked about creating that video. We talked about creating the video from a mobile phone and then also creating it from a desktop, but using a transcription … not transcription, a teleprompter. We talked about a couple of different ways to create a video and then edit it and publish it and all that stuff. 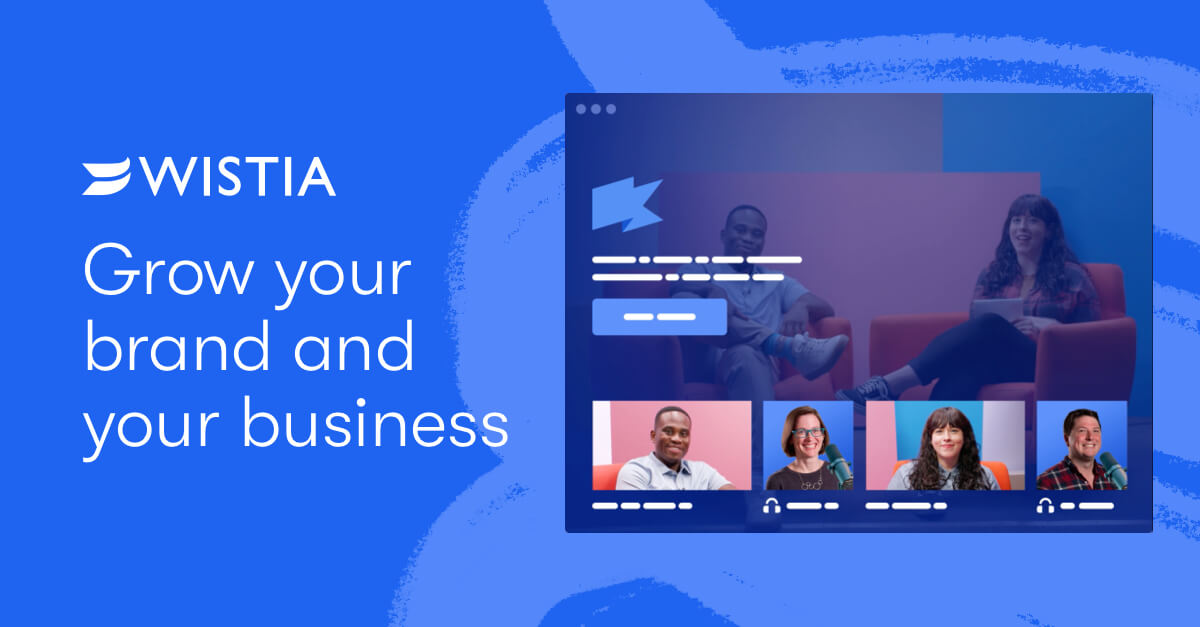 Today, however, is more about setting the video up so people can consume it. One of the tools that we use a lot is a piece of software called Wistia. This is actually inside Wistia here, but let me see if I can just go to the homepage here. Wistia is a platform that lets you upload your videos so that you can pull the embed code and embed it on your website, and it’s private. You can put a public channel up, people can go through that public channel, but where we started using it is it’s great to protect members’ videos, like membership content. The content you don’t want out there in the general public.

Why we use Wistia?

Over the years, it went from having a sales video, like a VSL. You used to autoplay it. And when you autoplay that video, the sound would automatically come through your speakers, the video would start, and it was super engaging because it was new, and it was also kind of jarring if you weren’t expecting it. So what a lot of the browsers do now, and every browser is slightly different, but what a lot of browsers do is they make you click to enable the sound. Sometimes, depending on different cases and stuff, it doesn’t hold for every browser all the time, but by and large, more browsers are forcing you to interact with the video in some way for the sound to come through.

We’ve had a couple of situations where we were building sales funnels and the sound doesn’t play of the videos when loaded through Wistia. For instance, we just figured something out Monday, yesterday, where if you were embedding inside ClickFunnels, if you embedded a Wistia video with a link, then it overrode the sound profile. On mobile, it wasn’t even playing sound, which is super weird, and it’s a very, very small example, but to override that you had to add the embed code to the ClickFunnels page and not do the direct URL integration.

How to Set-up Autoplaying with sound on Wistia

Here’s what I mean by that. Let’s say this video, for example, the Sales Funnel FQL. In our scenario, we have a click-to-play. So it doesn’t matter if you’re on a desktop or mobile or whatever, you have to click to play to watch the video. So let’s see. If we have the customize and then we go to controls, then you will see that the play button is visible, and then let’s look at … And if we wanted to autoplay it, we would hit autoplay.

It’s auto-playing as it goes, and there are a couple of different options here. Click for sound, muted, play with sound, and then play sound if possible. In the ideal scenario, if you mouse over this, it’ll say, “Autoplaying with sound is only supported in some browsers. We recommend clicking for sound.” So if you click for sound, watch this. We’re going to save this guy, so let me just save this real quick. Then we’re going to reload. So now, it’s letting us play the sound, but let’s go over and look at what this looks like on a page.

The video is going to play and the video track is going to be good, and then what should happen is I should have to click for the sound here. See that? So there’s no sound on this video that you’re looking at. I have to hit that sound button and then it starts.

Now, let’s look at the stats. So browser capability is one of the great things for Wistia. The other one is the stats tracking. So let’s look at the stats real quick here. In this particular video, I can drop in a new one if I want, but our average engagement is 36%, 571 total plays, 14% play rate. The 14% play rate means that only 14% of the people who hit that page, and that is a very, very well optimized, very high converting page. Only 14% of the people who hit that page watched the video. So that’s good or bad. It doesn’t matter, but it’s not auto-playing. So one out of every six people hit the play button.

So it’s a worthy number. And then if we look at overall engagement, the video is three minutes long, 19% of people stick to the end. But what this lets you do is you can triage videos and figure out if they need to be edited or rerecorded or if there was any kind of big drop-off point like maybe something happened in the video, or maybe you said something, or maybe whatever that people didn’t necessarily agree with. So it’s just when you’re looking at sales videos, webinar replays, anything served up, then the stats help quite a bit there. 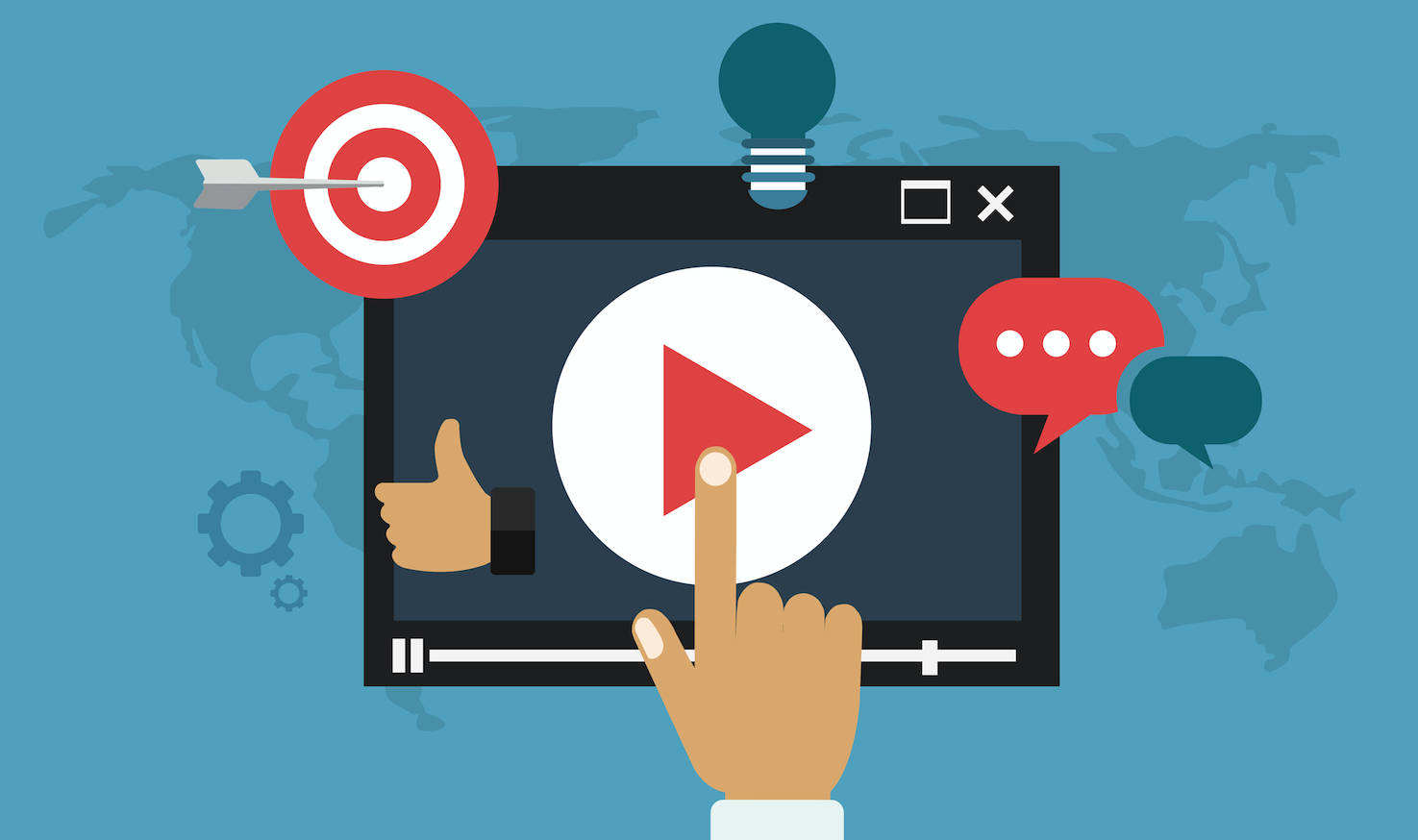 Now, case number two where you use video is Facebook or is awareness automated marketing campaigns. One of the things that we like to do is using video views campaigns on the front side of our marketing. When we’re trying to attract a cold audience into our wheelhouse, we’ll throw a video up. Then we’ll track what the engagement is. We’ll put anybody who watches more than three, ten, and fifteen seconds, of the video into a retargeted campaign. Let’s look at some stats on that while we’re here.

If we go into our ad manager, we’re in the Facebook Ad Manager now, and let me see if I can make this text a little bit bigger. There we go. Here, we’re going to go into our audiences real quick. I just want to show you how the audience is set up. Our cold traffic video audience we have. We have a warm audience who watched the video for more than 10 seconds, and 24,000 people in that audience right now. Pretty solid, right? Then, anybody who watches more than three seconds in the last 30 days, we have 58,000 people in that audience.

The longer they watch, the more qualified they are, of course. What we try to do is as we’re building our audiences, we start segmenting that three-day automated marketing campaigns. The longer and the more budget we have to build audiences, we start putting them in a longer duration. If they watch 10 seconds of the video, then they’re just more qualified than if they watch three seconds. And then we retarget that 10-second group or that three-second group too.

The way I have these automated marketing campaigns set up, if we go into ad manager here, we’ll just look at the stats of it. So we have live streams there. And then I have a couple of different ad sets that I turn on depending on the topic. This ad that is currently running right now, it’s been running for a while, we’ve had 45,000 through plays. So 45,000 people have watched 15 seconds of the video. Overall, 201,000 people have seen the video. It’s gotten 518,000 impressions. And we’ve spent a total of $1,500 on this, or $1,455. And 226,000 people have watched the first three seconds of that video. So pretty solid numbers. Pretty big numbers.

We’re going to do a different breakdown. I want to go like this, and then I want to break down based on video engagement. What this breakdown does is it tells you how much of the video somebody is watching and how much you’re paying per view. If you like numbers is, this stuff you could geek out on, but 12,000 people watched 25% of that video, and then we’ve had a total of 3,200 people who have watched 100% of that video. Now, the video is three or four minutes long. So let’s go see. I forget exactly how long this video is. It’s quite long in Facebook terms. When it comes to immediate gratification and watching quick, snappy videos, this one is pretty long.

Let’s see here, the video is three minutes and four seconds. It’s a pretty long video but we have thousands of people who have watched it all the way through. Then remember, anybody who watches it for more than 10 seconds gets retargeted into our webinars or lead magnets. That’s how we use that video on the front side.

All in all, those are just two cases for using video inside your automated marketing funnels and using it as a sales video. Then some of the ways to set it up there, and also using it to attract your cold audience.

For Your Questions and Guide

Just go to DoneForYou.com/start, fill out the little form, and we’ll be happy to jump on a call and talk about traffic or talk about your sales process or your funnels or whatever, and I will talk to you soon.