If asked fifteen years ago, would you think that it would be possible to shoot a film, webinar, or training course on your phone? Not back then, but today there are a lot of ways pro videographers, business owners and amateurs use smartphones to shoot their video projects.

Not only are the smartphone’s voice features improving, they are also extremely convenient to shoot photos and videos. For communication and multimedia, an iPhone is the most convenient device ever made. Professional photographers and videographers often use their iPhone at work, and no one can tell the difference between their main cameras and the iPhone.

The elements of a great video

But how is it really possible to use a phone to take a great video? Is the iPhone camera enough? What other equipment do you need? Are there any techniques to shoot better videos on your phone?

What makes a good video good? The first thing you need is a good script…  Inside Axis, you can put together a great sales script with the video sales letter software in the Marketplace.

Now, let’s explore some of the basic elements that make a great video.

Technical excellence in a good video is not hard to achieve. From a technical standpoint, a skilled amateur videographer can shoot breathtaking videos using an iPhone in the daylight. Furthermore, here are some typical technical tips from professional videographers that you can apply to capturing video on your iPhone.

iPhone camera: The latest iPhone models have a duo of all-new backside illuminated 12MP cameras with an optical zoom. Apple decided that the fixed, wide-angle lens was not suitable for all users. So, they opted to add a secondary telephoto lens (with an aperture of f/2.8) on the back, with another 12MP sensor alongside the wide-angle lens (this time with an aperture of f/1.8). Most of the improvements in video dynamic range and detail in the iPhone comes from a combination of hardware and software. You can shoot at 4K with your iPhone, which also has a dedicated video encoder. It may also be used for real-time analysis of what you’re shooting and optimizes each frame for motion and patterns, resulting in more accurate detail.

Here are some basic video specs:

Lighting: Light is arguably the most important factor that influences video quality. The famous director Martin Scorsese once noted, “Light is at the core of who we are and how we understand ourselves.” Lighting defines your subjects better, but not only that; it also breathes life into your subjects and evokes emotion. Always be aware of the impact your main light source has. For example, a cloudy day produces more pleasant-looking light and defines your subjects more softly, while noon sunlight can create unflattering shadows on your model’s face.

Shooting angle: Consider a physical and a figurative point of view. Physical is all about where you’re pointing your camera lens and from what angle. Now, in a figurative way, angle is about how your point of view will help you tell a story. Your angle can determine if your video looks like a selfie or less personal; less detached.

Composition: This is all about composing different elements in the scene deliberately to create compelling video. It’s similar to arranging elements in a theatrical scene before the actors start to play. Your iPhone is a great artistic tool to arrange colors, textures and lines. It can also help you frame each scene and focus on the things you want, like a person’s eyes. If you want to learn more about video composition, here are some rules, like the rule of thirds, that you will find helpful: https://www.nikonusa.com/en/learn-and-explore/a/tips-and-techniques/video-composition-rules-establishing-medium-and-close-up-shots.html .

A video can draw a person’s eye and create an emotional reaction for reasons other than flawless technique. Chaos, fear, sadness, humor…any of these elements can make your video more powerful.

Take “The Blair Witch Project” sequence as an example. It presents a visually awkward framing, in which people’s faces are cropped. The camera is not steady. Also, the audio and lighting provides an amateur feel. Yet that film sequence had an impact not only on horror-film fans but also on a lot of viewers who were glued to the screen, enticed by the intensity and mystery that “The Blair Witch Project” conveyed. The monologue, a horror-film soliloquy of sorts, conveys intensity, mystery and a baroque quality. You can almost feel the presence of a dark force outside the visual frame.

So, good video obviously has to do with emotions. Of course, it operates on a very visual level, but it can also have an impact on non-visual ways, too. Shooting a good video on your iPhone is the result of catching that emotion you want to convey. 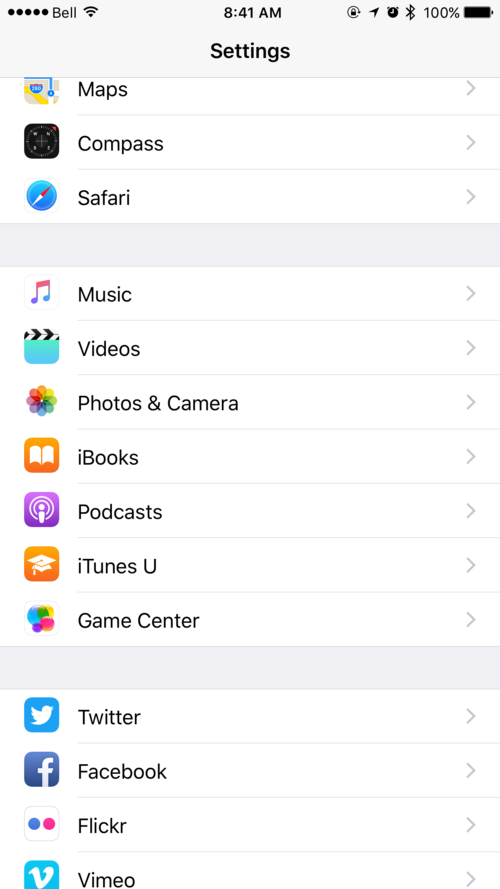 Two common resolutions to shoot are 1080 HD and 4K – the latter is the larger of the two. Next, you need to set the frame rate, which is about how many frames per second (fps) your camera records. 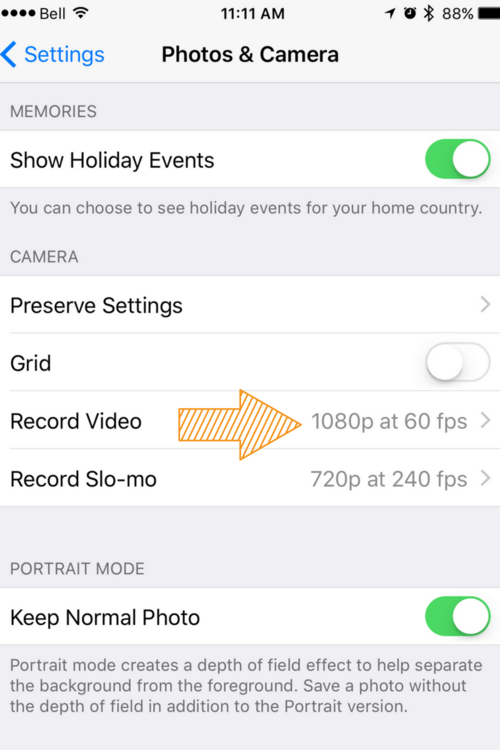 Common settings are 30 fps and 60 fps. The higher the number of frames per second, the smoother-looking film you’ll produce. Some videographers prefer filming in 24 fps, which mimics the frame rate used in theaters. 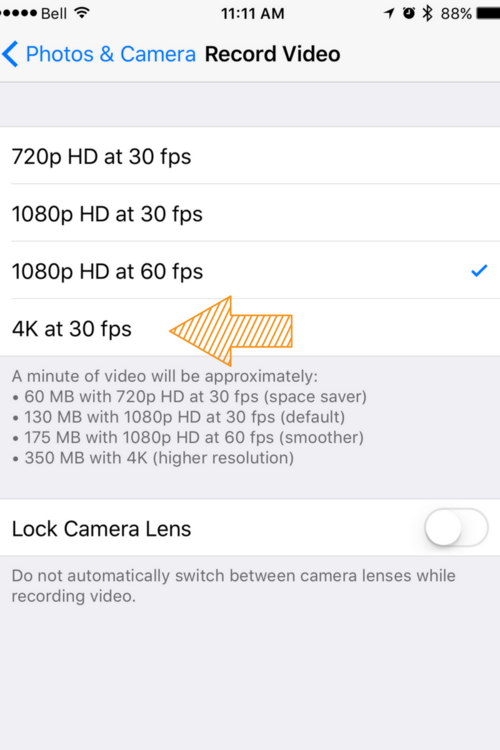 Resolution and frame rate affect the visual and audio result of your video project. They also determine how big the video file will be. A film shot at 4K will be roughly four times the size of a video shot in 1080 HD resolution.  So, when deciding what video quality you want, the level of free storage space on your iPhone plays a role. As a rule of thumb, try to shoot 4K, whenever you can, to get the best results.

How to enhance video quality on your device

For the last few years, more than ever before, people have used their smartphones to shoot videos and take pictures. Shooting video on a phone is, for many, the most intuitive experience. On the other hand, some people are not familiar with the different features that iPhones and smartphones have, which help produce a high-quality video.

It might also feel counter-intuitive to use a phone for shooting film, because phones are multipurpose devices. This means that they lack features that come with professional video recording devices, such as optical zoom or a handgrip. Instead, digital zoom is typical to phones, which might degrade image resolution. What you need to do is avoid zooming in digitally at a large scale. Instead, walk closer to your subject and shoot from there.

Here are some more tips for getting better video results on your iPhone.

Now, if you’re willing to invest in some equipment to better the quality of video on your phone, there are handy accessories you can use.

Here are some product ideas to consider, if you want to enhance the quality of the hardware on your phone. They are all readily available on Amazon. 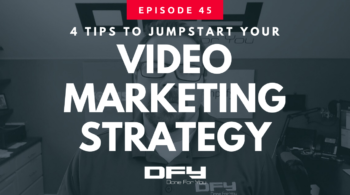 Facebook Video Ads: How To Record Simple And Effective Video View Ads With Your Mobile Phone 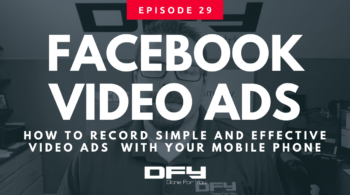 Facebook Video Ads: How To Record Simple And Effective Video View Ads With Your Mobile Phone

5 Personalized Ways To Use Video To Grow Your Agency 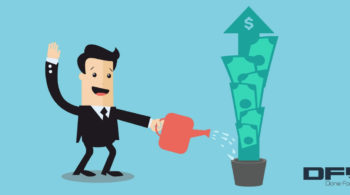 5 Personalized Ways To Use Video To Grow Your Agency

Why Storytelling Is A Smarter Way To Marketing Success 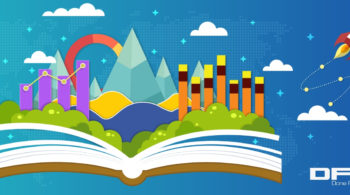 Why Storytelling Is A Smarter Way To Marketing Success