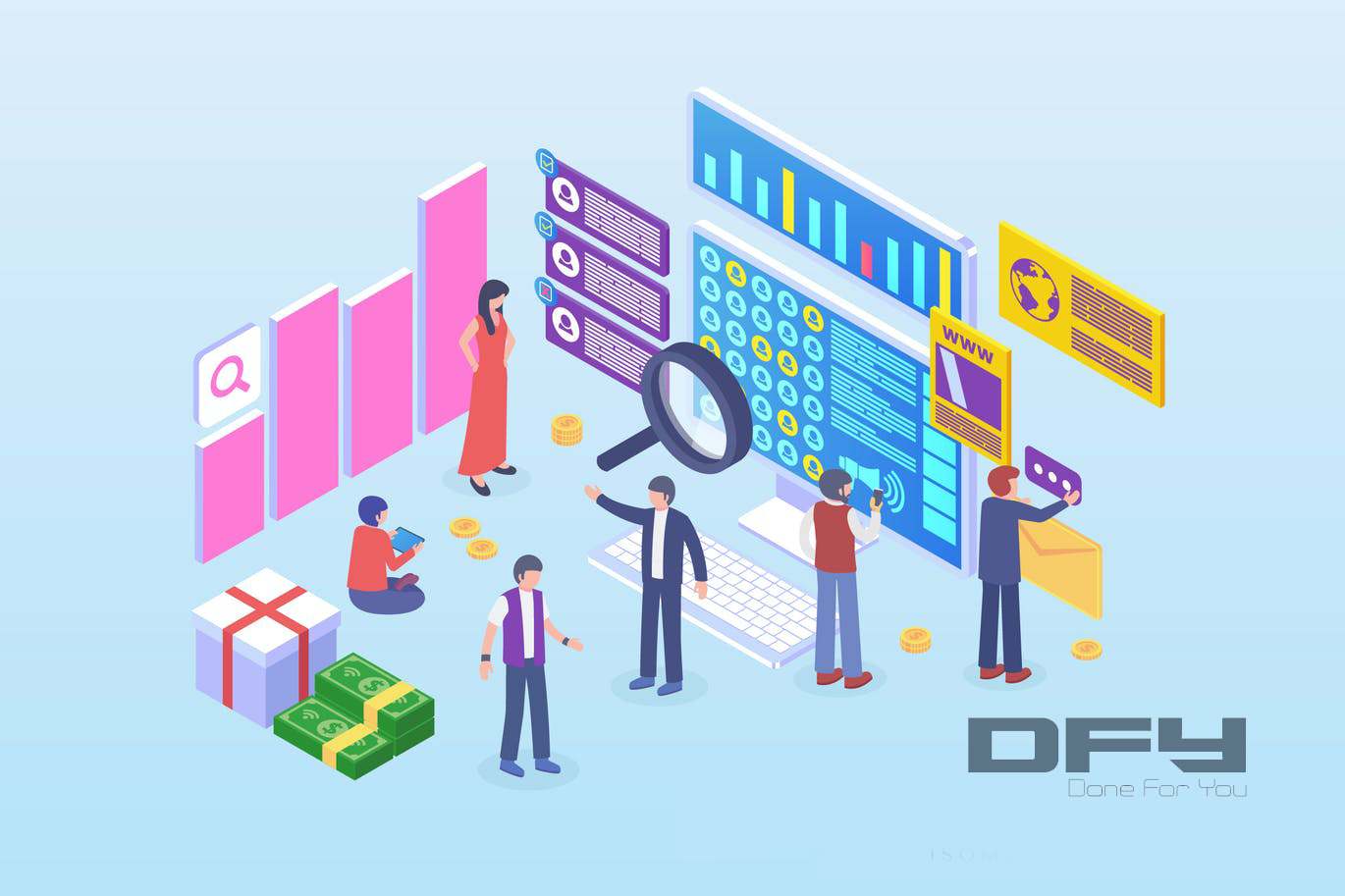 It is convoluted though. Here’s a great example. One of the affiliate programs out there is… We’re going to go to Amazon. Amazon has what they call as Amazon Associates. You can promote anything on Amazon as an affiliate and start affiliate marketing. If there’s a book that you just read and you want to post it to your Facebook wall, what you do is you grab a little affiliate link, and then whenever somebody buys after clicking your link, within 24 hours, you get paid. You get paid between 4% and 10%, usually, depending on how many things sell per month. If you sell five items then it’s going to be 4%, if you sell 150 items, then it’s going to be closer to 8% or 10% or something like that. But anything on Amazon you can sell and get paid for. Amazon has reflected in its pricing, it knows that it can pay up to a certain percentage of stuff, a certain percentage of funds can go to an affiliate. 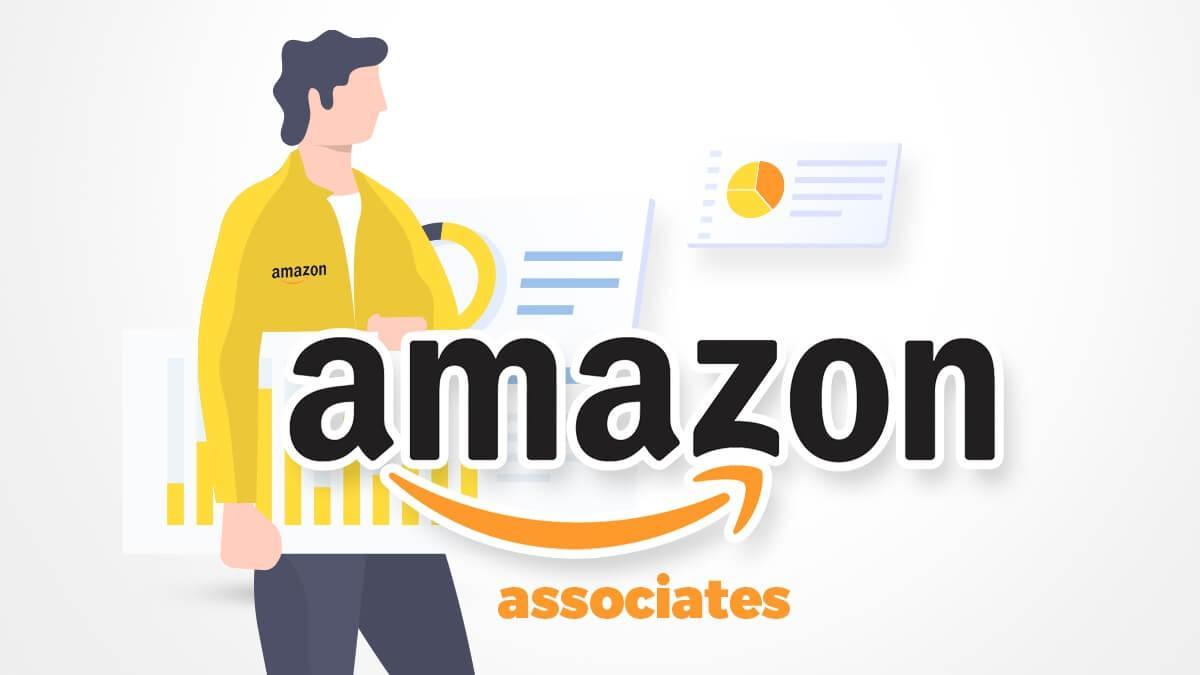 It’s marketing costs for Amazon. What they’re doing is they’re empowering people like us to share the stuff we love with our friends and family, and you get paid for it. Think about all of the shit that is coming online for Christmas and the holidays. There are books, there are blenders, there are pressure cookers, there are comforters, there are pillows, there’s workout equipment. There’s whatever you can think of on Amazon, that you maybe have bought on Amazon, you can apply to be an Amazon associate, and anybody can get in to be an Amazon associate, depending on where you live, but you can apply to become an Amazon associate. Then they give you a portal where you can log in and grab your affiliate link and start affiliate marketing, which is awesome. 4% isn’t great, but here’s the caveat with Amazon.

Because your cookie is active for 24 hours, meaning if somebody clicks a link, then for the next 24 hours, whatever that person buys on Amazon, you’re going to get credit for it. Now, how many of you only order one thing at a time? I mean, I know I don’t. If I’m going to put an Amazon order in I’ll order four or five things, whatever’s in the wishlist, whatever’s in the save for later list, whatever… I’ll rarely go in and just order one thing. Usually, I’ll order more, which means you get paid for everything. If I just clicked your link in your Facebook profile, and I bought the book that you recommended as well as a shop vac, then you get paid on both things, so now you made 4% of both things.

That’s how the Amazon affiliate program works. Anybody has the ability to do this, the important thing is that you have distribution. Your Facebook newsfeed, your Instagram feeds, they are included in the distribution. You have people who check out your profiles and read your stuff. You can drop an affiliate link in there, and then you might make a couple of bucks when they buy something. Welcome to making money online if that’s you.

The first affiliate money I ever made was kind of through Amazon because Amazon owns Audible. Audible is the audiobook service, audible.com. For a while, and I think they still have it, but for a while they had, it was a three-month free subscription. You could try three books and it was free, you just had to give him your credit card and then it re-billed after three months. If you sent a free trial, like if somebody clicked the link and then sent a free trial to Audible, then you made 25 bucks. So, literally, I just had to send free trials to Audible and I made $25. That was the first affiliate stuff that I ever sent, that I ever made, was by sending these audible affiliate programs.

Another one that I did really successfully was wireless.amazon… I don’t even know if it’s still here. Kind of still here, now they redirected it to amazon.com/prepaidnocontractcellphones. Wireless.amazon.com was Amazon’s phone retail service. They partnered with AT&T and Verizon and stuff, and then for every new cell phone that you activated through Amazon, you made 60 bucks. So there was a time when I was making four or five thousand dollars from Amazon per month, just by selling cell phones, which was an interesting gotcha because of my first job… Well, not my first job, but my first like big boy job was selling cell phones in kiosks of grocery stores when I was 18 to 20, somewhere in there. That was just kind of an interesting thing, and then I started working at Pepsi from there. Then that’s the story that you probably know, which is being a Pepsi truck driver. So those are two different ways that I’ve used Amazon to actually make money. One by selling cell phones through Amazon wireless, another one through selling audible subscriptions. All of it is available inside the Amazon Associates program.

Another one, Amazon is the easiest one to understand because everybody knows Amazon. Selling, promoting Amazon products, just easy. Another way you can do it is by promoting ClickBank. ClickBank is a digital product retailer, they sell eBooks, video courses, that kind of thing. The nice thing about ClickBank is you can promote anything that is on their site too. If we go to sell… All right, there we go. We’re just going to go check out some of these. We’re going to go to e-business and e-marketing, now we’re going to go to health and fitness. This Carb Shifting Keto, you can actually promote this as an affiliate and start affiliate marketing, it’s a $7 offer right here, but you can promote this and make not only 50% on the front side, of that $7, which is not a lot, but then you also make 50% of the upsells that are going to be sold after this. If the average order value is… Let’s say the average order value is $180 and you make half of that, so you just made 90 bucks by sending one sale.

ClickBank is a little bit more difficult to get started and wrap your mind around. I remember the first time I looked at ClickBank, I was like, “But I don’t have keto traffic.” That’s always kind of a hang-up. It’s easy to understand affiliate marketing in terms of Amazon because basically, you buy shit from Amazon all the time. So it’s like, all I have to do is take a picture of the book that I just bought, throw it on my social feed, throw it on Facebook, and then if somebody clicks that link and goes and buys, then I make that money. Do you know what I mean? Super, super easy.

Now, the question is, once you understand affiliate marketing, you understand ClickBank, you understand Amazon, what next? Where do you go next? Because if you have a hundred friends on your Facebook wall, or if you have a hundred friends on Facebook, or you have 250 followers on Instagram, you promote something on Amazon, some people are going to click, most people are not, you might get a buyer every once in a while. How do you turn this idea of affiliate marketing into something that is going to make you money? Not a little bit of money, a little bit of money is easy, but how are you going to not work and just be a full-time affiliate?

That is where the systems come into play. That is where you start spending, paid traffic, spend money on Facebook traffic or Google traffic, or whatever. You get somebody to sign up for a free eBook, and then you promote this affiliate offers through email and start affiliate marketing. They sign up for your free eBook, and maybe that free ebook is keto. So it’s a four-step keto plan of some sort, they download the keto book, then you have their email address so you’re sending out this carb shifting keto course, and you’re sending off another health and fitness course or whatever. What you’re doing is you’re cultivating a list and a following, and then referring products out to those folks.

The same thing can be done on Amazon. Let’s say you build a list of the top podcasting accessories that you need for your home office. Something like this. You want to put a list together of 10 microphones that you should be using in your home office. Well, that you can make money as an affiliate from. Then you put together an email list of audio and video, and videocasting, podcasting connoisseurs, and then you’re emailing them different links to physical products, digital products, and stuff. It’s really just about building a following and building a community. That’s how you continue scaling this affiliate marketing persona, I guess.

If you have any questions at all, and you want to talk about this a little more, go to ConsultingSession.com and fill out the little form, book a call, and we’ll be happy to work you through an action plan process. That is going to be where we talk about the business, where you want to go, what you want to set up, how you’re going to get your traffic, what you’re going to promote, all that stuff. But yeah, go to ConsultingSession if you want to talk, and I will be back. Tomorrow, we’re going to be talking about automation. Once you get the idea of affiliate marketing, then how do you automate it so you turn it into a business.

How Can I Scale An Affiliate Marketing Business? 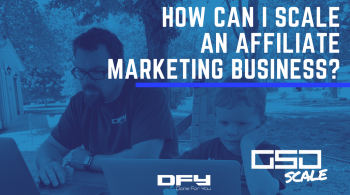 How Can I Scale An Affiliate Marketing Business?

7 Ways of Earning and Increasing Your Revenue 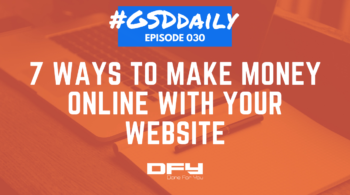 7 Ways of Earning and Increasing Your Revenue

How To Double Your Income In Any Niche 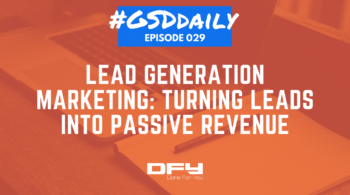 How To Double Your Income In Any Niche 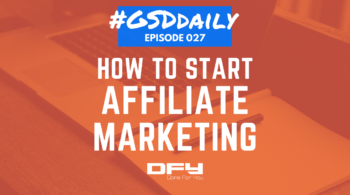